NVMdurance was founded in Ireland in 2013 when the ADAPT research group and the test equipment maker Evolvability Ltd were brought together at the National Digital Research Centre in Ireland. The technology is the result of 15 years’ foundry work on flash memory endurance optimization by the founding team. 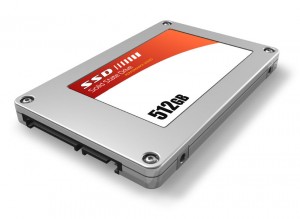 The company’s core IP is proprietary and patented machine learning technology that enables deep characterization and parameter discovery of flash memory, resulting in several unique software solutions that we offer to customers. The team has been doing parameter discovery and memory characterization since 2000. Initially with SLC NOR, later with SLC NAND, then MLC, then TLC and laterally 3D NAND. This has all been done with silicon fabricators and major data storage manufacturers.

Originally applied manually in flash optimization work, NVMdurance has moved to a fully autonomous on-controller system, NVMdurance Navigator. Navigator constantly monitors the condition of the SSD and automatically adjusts the control parameters in real time. Prior to deployment of the flash memory, offline, a great deal of compute-intensive pre-processing is done by NVMdurance Pathfinder, a custom-built suite of machine learning techniques.

After extensive successful trials with multiple flash manufacturers NVMdurance is now announcing customer wins, expanding its team and focusing on the success of the early deployments of its technology.