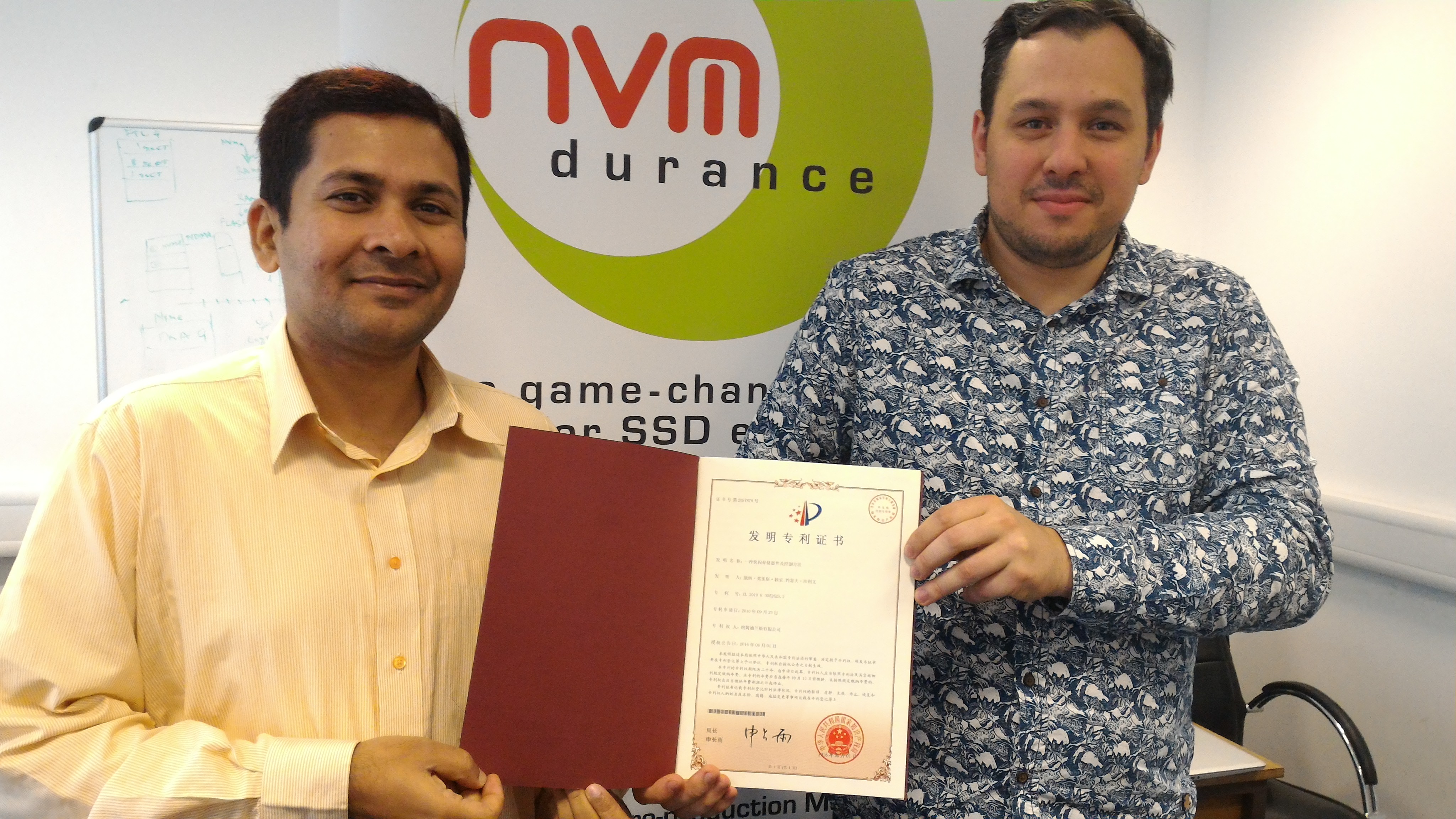 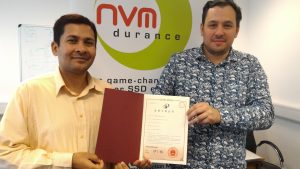 Amit Bhardwaj and Kirils Maslovs, NVMdurance with the Chinese patent

Dublin, Ireland and San Jose, Calif – August 31st, 2016 – NVMdurance, with its unique approach to extending the endurance of flash devices has announced that patent number ZL 20`0 8 0052625.2; NVMD-002CN developed by Joe Sullivan and Conor Ryan, both of Limerick, Ireland, has been granted in China for “A Flash Memory Device and Control Method.”

Before the memory product (e.g. an SSD) goes into production, NVMdurance Pathfinder determines multiple sets of viable flash register values, using a custom-built suite of machine-learning techniques. Then on the controller of the end-product, NVMdurance Navigator chooses which of these predetermined sets to use for each stage of life to ensure that the flash lasts as long as possible.

The company is actively targeting the Asia-Pacific region and recently participated in a commercial roadshow in China and Taiwan with business partner Altera (now part of Intel). During the roadshow, NVMdurance demonstrated an SSD reference design using Altera FPGA technology powered by NVMdurance. The solution was presented to many of the region’s major flash memory users during the week of 18th July 2016.

“The granting of the patent in China supports our major push into the Asian market,” said Pearse Coyle, NVMdurance CEO. “We will continue to file patent claims around the world to protect our unique and proven software.”