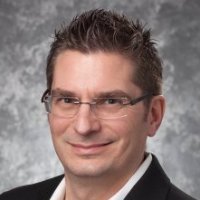 Dublin, Ireland and San Jose, Calif – Feb 9, 2016 – Irish technology company, NVMdurance, extending the life of flash memory, has today announced that Dave Eggleston has been appointed to the NVMdurance Board of Directors.

Dave is the Vice President of Embedded Memory at GLOBALFOUNDRIES where he has responsibility for the embedded volatile and non-volatile memory businesses as well as the related strategic direction and initiatives.

Dave is the former CEO and President of Unity Semiconductor, a RRAM industry pioneer acquired by Rambus. He has held technical and executive management roles at Rambus, Micron, SanDisk, and AMD.

“Dave has 30 years of engineering, marketing and strategy leadership in the semiconductor, memory and storage industries,” said Pearse Coyle, NVMdurance CEO. “He has deep knowledge of flash memory technology licensing and is well regarded in the technical and industry standardization community. He holds patents in NAND flash and next-generation ReRAM memory, storage system usage and high volume manufacturing. We are proud to have him on our team.”

“I am very pleased to be joining the NVMdurance board at this exciting time,” said Dave Eggleston. “Already we can see that 2016 is going to be an eventful and busy year for NVMdurance.”

NVMdurance was founded in Ireland in 2013 when the ADAPT project was spun out of the National Digital Research Centre in Ireland. The technology is the result of 15 years’ work on Flash memory endurance by Joe Sullivan and Conor Ryan.

Solid State Disks (SSDs) using non-volatile memory are rapidly taking over from hard disks. However SSDs wear out and this is holding back their complete replacement of hard disks. NVMdurance’ trials with leading manufacturers have proven to significantly extend the life of SSDs. NVMdurance has offices in Limerick, Ireland and San Jose, California. www.nvmdurance.com