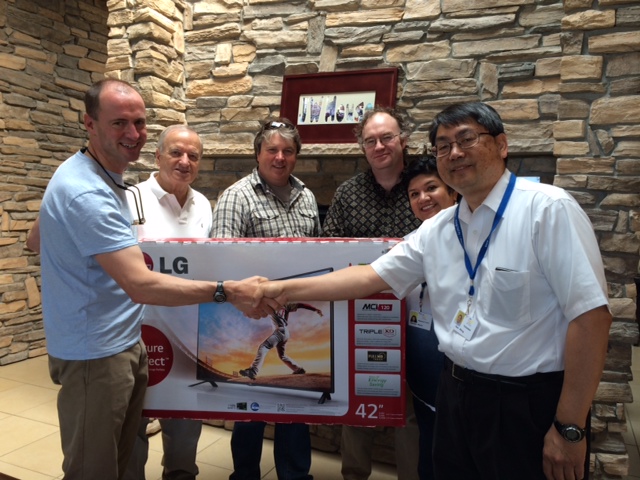 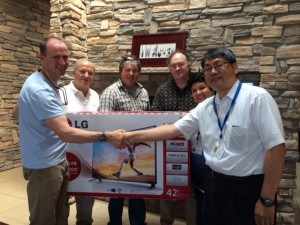 JW House provides a guest house on the Kaiser Permanente Medical Centre Santa Clara campus where families of patients are welcome to seek overnight or daytime respite while their family member is undergoing treatment. The hospital is close to the Santa Clara Convention Centre where the Flash Memory Summit is held in August each year.

In 2013, NVMdurance attended the summit for the first time where we won the award for “Most Innovative Flash Memory Technology.”  However on the flight from Dublin to Santa Clara, Pearse, our CEO, became unwell. He was rushed straight to the hospital upon landing and his wife was advised to fly over immediately. 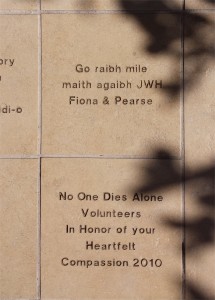 The JW House commemorative patio. The Irish text reads “Thanks a thousand.”

While Pearse received treatment in hospital, his wife Fiona, stayed in JW House. Because the guesthouse is located on the hospital site there was easy access to our patient.  Fortunately Pearse recovered within a couple of weeks.

Pearse and Fiona are forever grateful that the hospital had this fabulous facility. So when the 2014 event came around, we decided to donate the TV we purchased for our booth to JW House.  JW House made almost $600 in the raffle.

More information on JW House and the people behind it, including JW himself, in JW’s story.