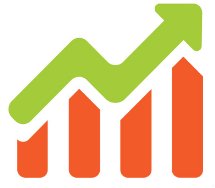 A year after winning Most Innovative Technology at Flash Memory Summit 2013, NVMdurance has disclosed that it has successfully applied its technology to even the latest small-geometry flash memory – something that many believed to be impossible.

As flash manufacturers continue to pack more bits onto ever smaller storage cells, the endurance (wear-out) issue for NAND flash storage users becomes an ever greater issue. This trade-off between memory cost (per GB) and endurance means that the endurance problem is never really solved – endurance improvements simply reduce the cost of the flash.

At Flash Summit 2013 NVMdurance caused a stir by demonstrating on 3x nm NAND flash that it could achieve a tenfold endurance gain by optimising parameter values alone.

Now NVMdurance has proven that the gain from the use of various other techniques (e.g. powerful Error Correction Code (ECC)) is multiplicative of the gain from NVMdurance’ software and so it is now at least a twentyfold gain – even on the latest generation of devices.

“We are very excited by the progress that NVMdurance has made and are delighted to be following our money in this latest round of funding” said Steve Socolof of New Venture Partner LLC. “NAND flash is the fastest-growing product in the history of the semiconductor market. The market in 2014 is expected to be over $28 billion.”

“This investment will support the commercial roll-out of our technology,” said Pearse Coyle, NVMdurance CEO. “Using NVMdurance software, the life of the flash is extended by at least 20 times with no impact on manufacturing process or architecture. The endurance improvements we have recently achieved have put us at the head of the pack globally and we are very pleased with the deployments we are now working on.”

NVMdurance can be found at booth no 921 in the Exhibition Hall (right across from the FMS Theatre) at this year’s Flash Memory Summit in Santa Clara Convention Centre. The company will also be involved in the following sessions:

About NVMdurance
NVMdurance was founded in Ireland in 2013 when the ADAPT research group and the test equipment maker Evolvability Ltd were brought together at the National Digital Research Centre in Ireland. The technology is the result of 14 years’ foundry work on flash memory endurance optimization by the founding team.

The endurance (wear-out) issue is a major factor retarding the capacity growth of the $28bn flash industry that is growing at 13% per annum. NVMdurance has the leading technology for extending the intrinsic endurance of NAND flash. NVMdurance has offices in Limerick, Ireland and San Jose, California. www.nvmdurance.com

About ACT
ACT Venture Capital invests in founders and management teams with the patience and perseverance to take an idea, create a company and scale it to a unique market position. ACT has been working on creating and building companies for over 15 years and has invested over €370m to date. www.actventure.com

About NDRC
NDRC builds high-impact new ventures. By providing the people, time, space and investment needed at the earliest stages of dedicated commercialization work, NDRC is creating companies worthy of commercial investment and with the ability to scale. www.ndrc.ie