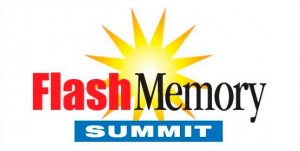 NVMdurance is exhibiting at this year’s Flash Memory Summit in Santa Clara from 13 to 15 August. We can be found at booth 917 in the exhibition area.

On the evening of Tuesday 13th August we will be hosting the “Endurance” table at the Beer and Pizza Q&A session from 7.00pm.

On Wednesday 14th August at 9.50am Conor Ryan, NVMdurance co-founder and CTO will present exciting results from our most recent endurance testing in the session titled “Controllers and Flash Technology – Extending Performance Below 20nm” (E-21).

About NVMdurance
NVMdurance was formed in 2013 as a spin-out from the National Digital Research Centre. Solid State Disks (SSDs) using Non Volatile Memory are rapidly taking over from hard disks. The problem is that SSDs wear out – they have limited so-called endurance. This is holding back their complete replacement of hard disks. NVMdurance extends the life of SSDs tenfold and is key to the SSD manufacturers harnessing a greater share of an industry that is growing 40% year on year. NVMdurance is based in Limerick Ireland and San Jose California. www.nvmdurance.com