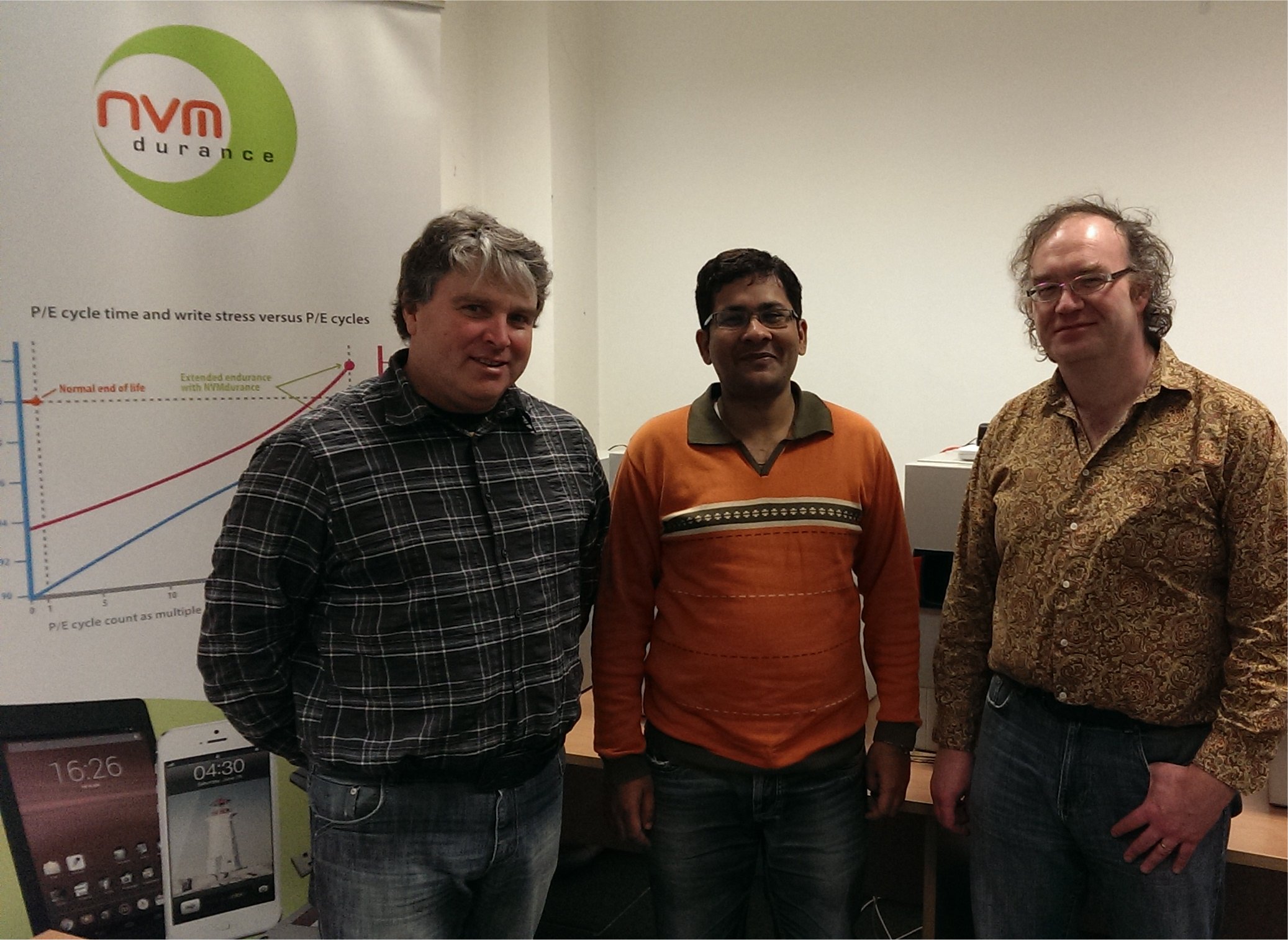 As world leaders in the extending of NAND flash endurance, NVMdurance is pleased to announce that Amit Bhardwaj has joined the engineering team. Joining from SanDisk in India, Amit was attracted by the company’s primary focus on endurance, an engineering challenge that has been a great interest of his.

Pictured (centre) at their labs in Limerick, Ireland, with the company co-founders Joe Sullivan (left) and Conor Ryan (right), Amit will be a key member of the team focussed on the implementation of NVMdurance Navigator on Solid State Disks. 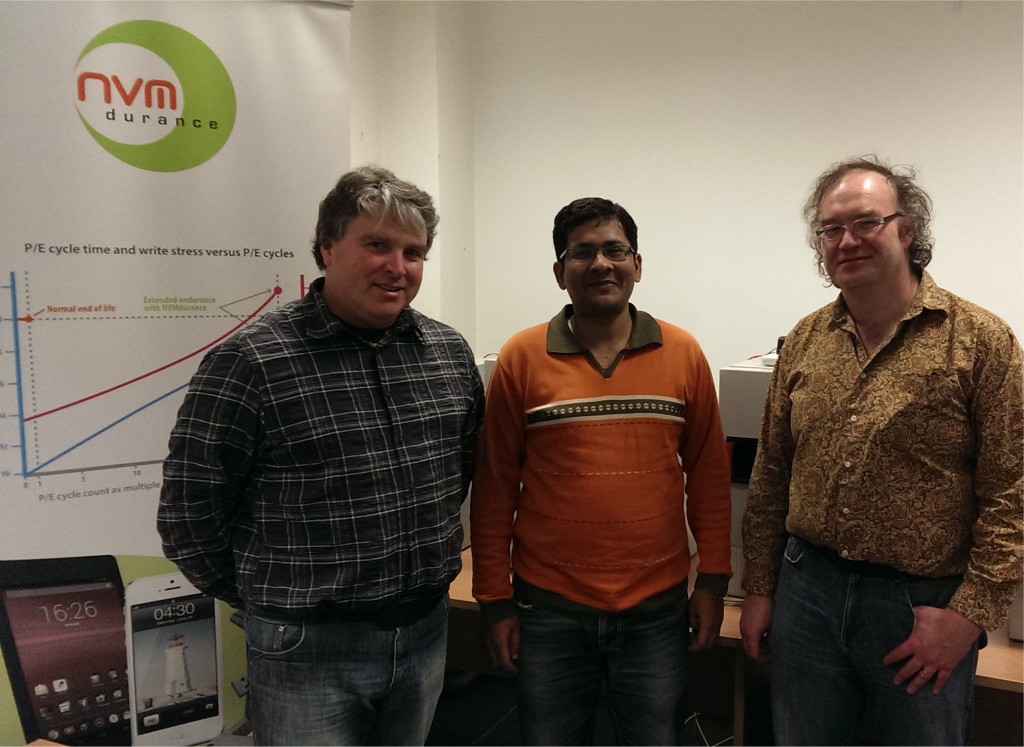 Amit has spent the last 10 years developing and designing firmware related to NAND memory. Before NVMdurance he spent 4 years in SanDisk where he led development and deployment of two generations of firmware architecture for products including TLC client SSD, Extreme USB drive, Extreme SD/MicroSD and the world’s first 512 GB SD card.

Prior to this he worked in a number of technology companies including Denali Software and Infineon Technologies.