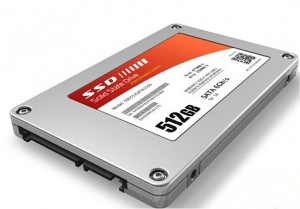 Dublin flash optimisation company NVMdurance has raised US$800,000 in a funding round led by original investors New Venture Partners, the NDRC and new investors ACT Venture Capital and Enterprise Ireland.

The Irish company said its technology extends the life of solid state flash storage discs by more than 20 times by extending the endurance of the flash memory on 1x nm chips.

The company revealed the investment over the weekend at the Flash Memory Summit in California.

“This investment will support the commercial roll out of our technology,” said Pearse Coyle, NVMdurance CEO.

“Using NVMdurance software, the life of the flash is extended by at least 20 times with no impact on manufacturing process or architecture. The endurance improvements we have recently achieved have put us at the head of the pack globally and we are very pleased with the deployments we are now working on.”

This trade-off between memory cost (per GB) and endurance means the endurance problem is never really solved – endurance improvements simply reduce the cost of the flash.

Last year, NVMdurance caused something of a stir when it demonstrated 3x nm NAND flash that could achieve a 10-fold endurance gain by optimising parameter values alone.

The achievement won the company the accolade of Most Innovative Technology at Flash Memory Summit 2013.

“We are very excited by the progress that NVMdurance has made and are delighted to be following our money in this latest round of funding” said Steve Socolof of New Venture Partners LLC.

“NAND flash is the fastest-growing product in the history of the semiconductor market. The market in 2014 is expected to be over US$28bn.”