On 19th October, Richard Bruton, Irish Minister for Jobs, Enterprise and Innovation visited Limerick Institute of Technology and the Harnett Centre where NVMdurance is based. NVMdurance was the featured technology company as part of an event which launched the Mid West Action Plan for Jobs aimed at delivering 10-15% employment growth in the region by 2020.

Launching the plan, Minister Bruton said: “Thanks to the hard work and resilience of the Irish people we are now seeing a recovery that is bringing jobs to every region. However, some regions are growing quicker than others and that is why we have started developing tailored Regional Action Plans for each part of the country that will allow those regions achieve their full potential for jobs.” 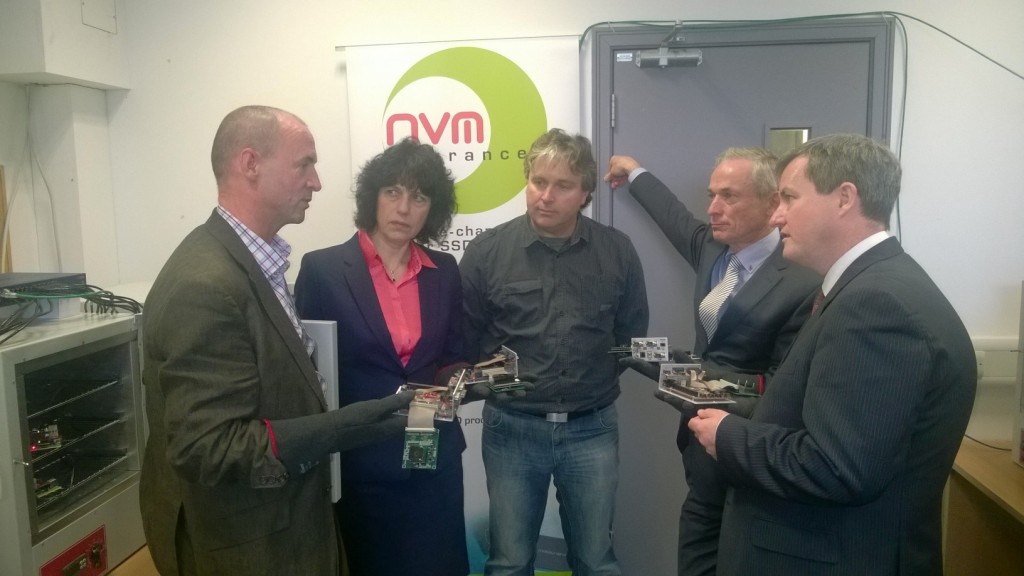